Check out these BFF articles!

The Key to Life

The Cycle of Decline - Judges 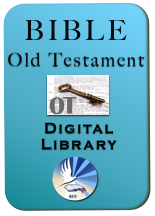 A clear call mixed with compromise. 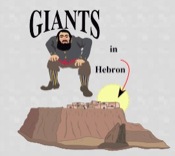 Learn how to overcome fear in our Overcoming Anxiety series!

What does the NT state about fearing God?

What does I John 4:18 teach about fearing God?

How does the fear of God originate?

How can the fear of God help men be better fathers?

How has has secular society affected children?

Evaluating ones own fear of God.

How does one develop your fear of God?

Testimonies on the fear of God

A) The Crisis: Opportunity and temptation

1 Samuel 15:1-3 The Crisis: Opportunity and temptation is part 2/7 of The Bible Teacher's Commentary on 1 Samuel 15 which gives the background of Saul's important decision with the Amalekites and challenges us to reflect on seeing each decision that we make as signficant.

“Then Samuel said to Saul, “The LORD sent me to anoint you as king over His people, over Israel; now therefore, listen to the words of the LORD. “Thus says the LORD of hosts, ‘I will punish Amalek for what he did to Israel, how he set himself against him on the way while he was coming up from Egypt. ‘Now go and strike Amalek and utterly destroy all that he has, and do not spare him; but put to death both man and woman, child and infant, ox and sheep, camel and donkey” (1 Samuel 15:1-3).

Every command that the Lord sets before us becomes an opportunity to please or displease Him. We can respond in love or dishonor Him. Surely the Lord could have made it otherwise and forced obedience upon us but this was not what He chose to do with respect to mankind. This is one situation in which Saul could have pleased or displeased the Lord. These life opportunities to please God can and do come in big and small sizes.

As a leader like King Saul, these decisions have a greater impact on others. Train yourself to see to observe the decisions that you make through the day. Do your decisions consciously try to please the Lord? Are you aware where you are being tempted with compromises?

We need to better understand the historical context behind these verses in order to better appreciate the lessons learned here.

Check out our Digital Old Testament Library for a huge collection of resources on 1 Samuel and all of the Old Testament!

 Historical Context of the Amalekites

God remembered what the Amalekites had done to Israel a long ago. The penalty for the Amalekites was very severe. What did they do to receive God’s severe judgment? Fortunately, this passage provides some information on this matter, or clues that lead us to it. The Lord states that His severity had to do with how Amalek set herself against Israel when coming up from Egypt.

This would have been something that happened around 500 years earlier when Moses came out of Egypt (c. 1500 B.C.). Saul ruled from about 1040 - 1000 B.C. Let’s take a closer look this incident with the Amalekites.

The scriptures tell us that the Amalekites lived in the Negev, south of what would be the land of Judah (see Amalekites at the bottom of the map).

The Amalekites have a long history in the scriptures (first mentioned Genesis 14:7). Saul will by God’s power eliminate this country’s national status during this battle. The Amalekites would not be listed among the other nations to be judged by the prophets. They were destroyed as a country.

Back when Moses led Israel out of Egypt, the Amalekites attacked Israel. This was the famous account in Exodus 17 where the Israelites would win as long as Moses kept his hands lifted high. When he dropped them, the Amalekites would start winning. Afterwards, the Lord spoke very strong condemning words.

“Then the LORD said to Moses, “Write this in a book as a memorial, and recite it to Joshua, that I will utterly blot out the memory of Amalek from under heaven” (And Moses built an altar, and named it The LORD is My Banner; and he said, “The LORD has sworn; the LORD will have war against Amalek from generation to generation”” (Exodus 17:14-16).

The Lord never forgot His words. Listen to what He said in Deuteronomy. God obligated them to combat the Amalekites once they were secure.

“Remember what Amalek did to you along the way when you came out from Egypt, how he met you along the way and attacked among you all the stragglers at your rear when you were faint and weary; and he did not fear God. “Therefore it shall come about when the LORD your God has given you rest from all your surrounding enemies, in the land which the LORD your God gives you as an inheritance to possess, you shall blot out the memory of Amalek from under heaven; you must not forget” (Deuteronomy 25:17-19).

Even still, people will ask several intertwining questions which make it hard to answer.

Many a believer has these same questions. They do not know how to answer one or more of the questions. Let me propose an answer.

God is a holy God and must judge all peoples. Everyone is accountable to Him. Their arrogance back when they attacked the Israelites going to the Promised Land reached such a level that God would soon need to eliminate them. Notice the pride indicated by these verses, “how he (Amalek) set himself against him (Israel).” They were not humbled by watching Israel crush Egypt or cross the Red Sea.

 The Lord was patient as He was with the Amorites (Genesis 15:16). In this case God waited five hundred years, but they did not repent. He wanted them to repent, but they persisted in their pride. Time was ripe for judgment of this nation. When God judges, He eliminates. Death is the penalty. Destruction would not be delayed any longer.

God’s people are charged to be like God, and yet in this area we are not to judge but to imitate His lovingkindness and to forgive. God is responsible to judge and eliminate all injustice and rebellion, but He has created a window of opportunity within this situation called salvation. We are to join the Lord in bringing people into the place of forgiveness through Jesus while we can. God will rightly care for all wrong. He often puts off His judgment so salvation can come. We are to forgive and love and thus reflect God’s kindness and trust all vengeance to Him.

This is all backdrop to lesson in this chapter. King Saul is given an opportunity to obey the Lord. Although it might be larger in scale or in a far different category (that of war) than what He would ask us to do, He does set before us things we ought to do. As we go on, we will see how he responded.